Kind bay mare with a great disposition and correct conformation.

Sired by Western Special, who had a SI-100, set a new track record, and was a high-point aged running stallion. Sired by Western Native, who had a SI-95 and won $28,721. He was an undefeated champion 2yr old colt. Western Native was sired by Raise Caine, by Raise a Native who won $45,955 on the track. His dam, Western Music, had a SI-96 winning $22,267. She produced race ROM offspring. Western Music was sired by Easy Jet, who had a SI-100 winning $445,723. His dam, Indian Music, produced grand champions, superior race and performance offspring, performance ROM offspring and race money-earners including Easy Jet Too, Western Music, Cherokee Indian, Easy Winner, Easy Rose, Jet Music, and Easy Country Music. Indian Music was inducted into the APHA Hall of Fame in 2013. Indian Music was sired by Tonto Bars Hank, who had a SI-100 winning $133,641. He was also an AQHA champion and won the 1960 All American Futurity. He is a leading sire and maternal grandsire of race ROMs. Western Special's dam, Special Spring, is sired by Real Ease, who won $30,278 and is sired by Easy Jet. Real Ease's dam, Real Dish, produced 9 foals: 7 runners, 6 winners and 2 superiors. Sired by Royal Charger, who won $6,247. He is best known for siring Grand Prix winner, Johnnys Pocket, and USET nations cup jumper, Bonte II. Special Spring's dam, Spotted Spring, was sired by Mr Rocket Bull, who won $38,115. Mr Rocket Bar is the grandsire to both Rocket Bar (SI-85 $22,904) and Spotted Bull ($12,850). 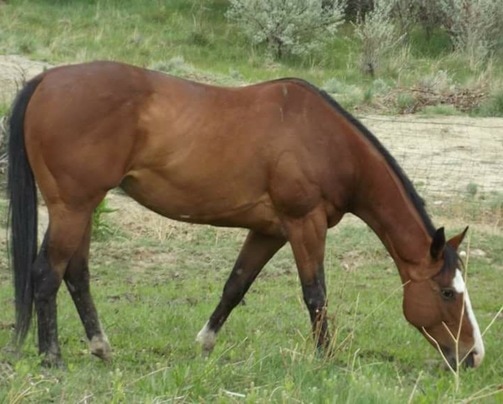 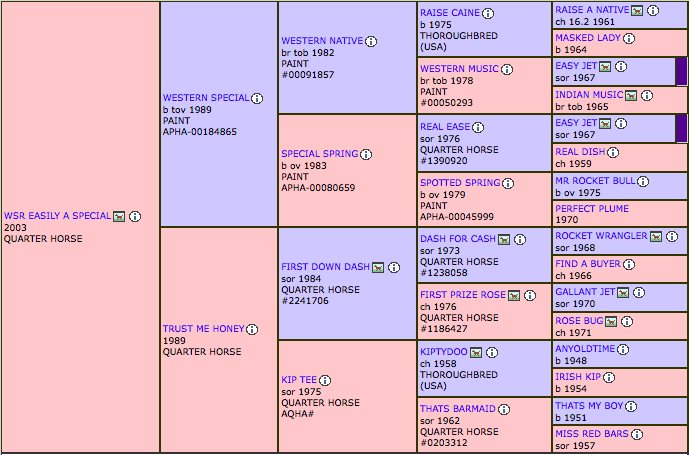 Missy had a speed index of 86 earning $520 on the track and earning her race ROM. 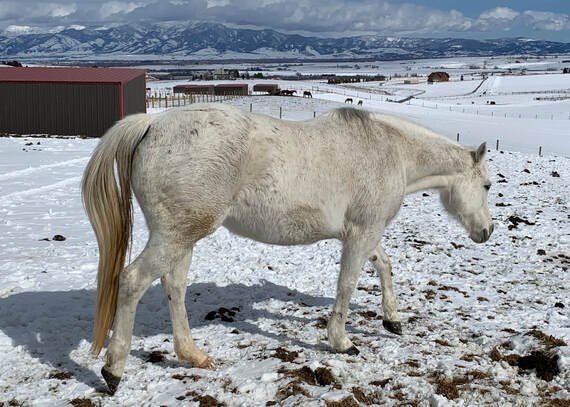 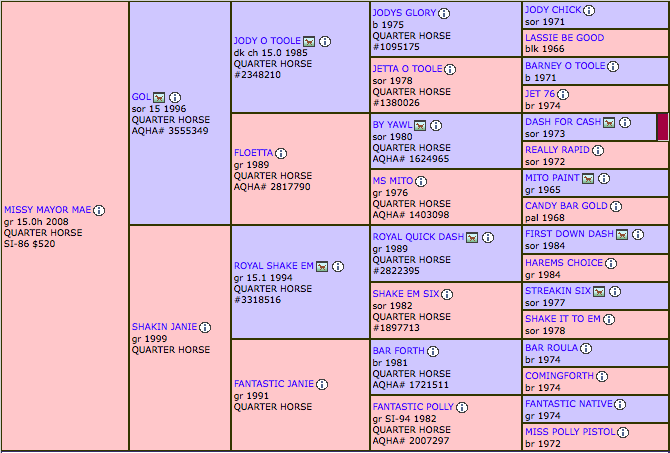 Diamond is an APHA own daughter of Judge Cash out of a Shining Spark/Zan Parr Bar bred mare.

Diamond's dam, NJ Shining Sparkle, was sired by Zan Parr Shines, with NRCHA lifetime earnings of $3,450. Zan Parr Shines was sired by Shining Spark, who earned over $57,000 in the NRHA and AQHA World Champion Shows combined. His progeny have earned over $9.9 million and he was booked into the AQHA Hall of Fame. Zan Parr Shines' dam, Zan Parr Nita, earned 57 performance points, and produced earners of over $21,000 in the NRCHA & NRHA. She was sired by Zan Parr Bar, a World Show Qualifier in Heading, Heeling and Steer Roping. He was an AQHA Champion, and he sired ROM earners with earrings of over $841K. NJ Shining Sparkle's dam, Billys Dearest, was sired by Billy. Billy was a point earner in cutting, reining & halter. He sired 4 World Champions and 2 Reserve World Champions, as well as ROM earners. He sired point earners in barrel racing, pole bending, racing, reining & horsemanship.

Sells open due to no fault of her own. We didn’t even have time this spring to try. 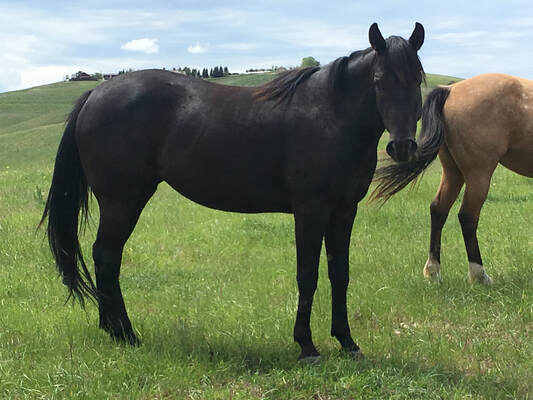 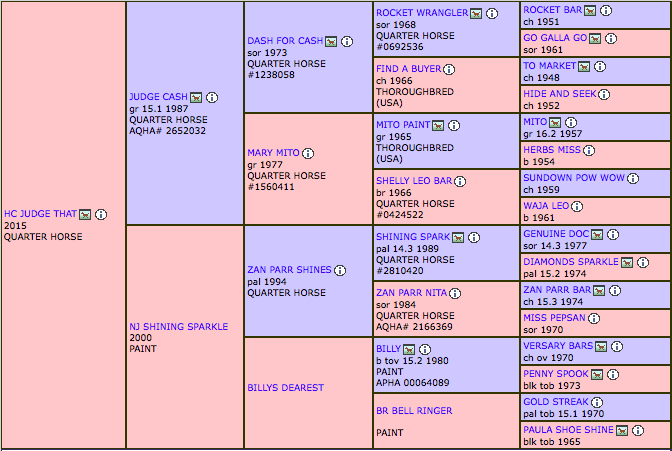