Paris is a beautiful, proven 1/2D daughter of Alive N Firen out of a Beduino/Buckpasser bred mare. She's not afraid of anything that's thrown at her in the barrel pen, but she also enjoys just going for a ride away from the barrels. Posted are a bunch of her videos showing her accomplishments. Heart C Barrel Horses is excited to add this mare to the program as a backup horse for barrels, as well as to pull embryos and/or carry herself. Along with many 1D placings, Paris' most notable wins were placing in the 1D at the BBR World Finals in 2012 as well as achieving a PHBA Sr. Barrel World Championship title in 2010. 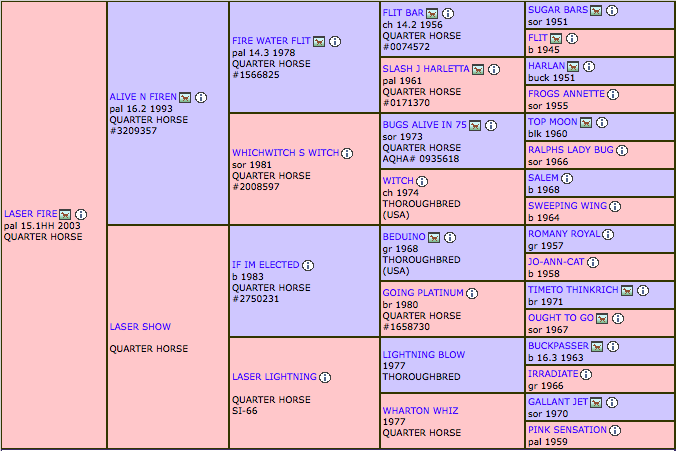 Grit stands 16.1hh and 1300 pounds. Grit has proven himself as a 1D competitor and pro-rodeo horse. Grit is a strong-willed and talented barrel horse, and he's not for the faint of heart. Grit was also a 4X PRCA Head Horse of the Year with Ty Erickson. He takes his job as a barrel horse just as serious. He is now older and content to just run barrels as a 2/3D barrel horse. 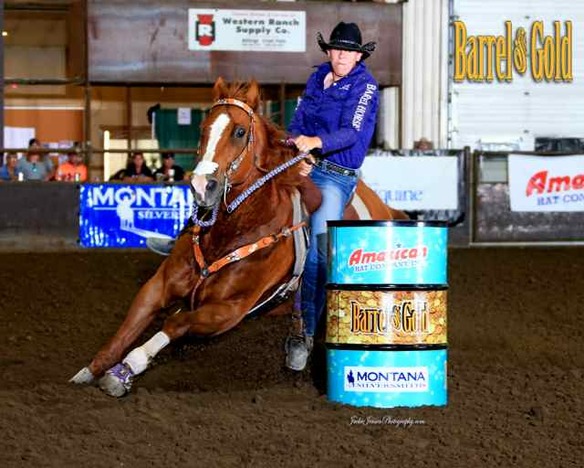 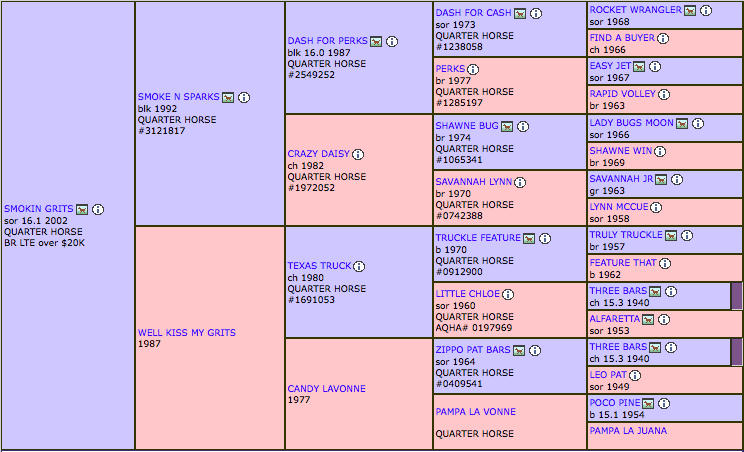 Fighter is a futurity and open money-earning son of Ima Firefighter. He is a solid 1/2D barrel horse in any size pen! We sure do love this guy! I got him as a 2yr old with 30 rides and rode him through his 3yr old year, starting him on the barrel pattern. When I got hurt on another horse, I sent him to Lance Graves to get him ready for 5yr old futurities. Lance ran him at the BFA before he came home to get seasoned and enjoyed by myself.

Fighter was sired by Ima Firefighter aka "Backdraft", who is a 1D money-winner and Mid-States Rodeo Finals qualifier, as well as a finished heading and heeling horse. He has proven to be a 1D and rodeo producer. His sire, Fire Water Flit, is an Equi-Stat all-time top 10 leading barrel racing sire of earners of over $2.4M. His sire, Flit Bar, and dam, Slash J Harletta, are both proven producers of champion barrel and rope horses. Slash J Harletta was an NFR qualifier and produced 3 NFR qualifiers. Ima Firefighter's dam, Ima Copper Bugs Too, won over $100K in her barrel racing career, holding arena records in the U.S. and Canada, as well as competing in 3 Canadian Finals Rodeos. She is sired by Copper Bugs, who had a speed index of 109 and won over $204K, including winning 3rd in the All-American Futurity, winning his trial. Her dam, Jetlarks Jackie, had a speed index of 91 winning over $1,000. Copper Bugs was sired by Bugs Alive In 75, who had a speed index of 94 and winning over $255K. He sired 53 stakes winners, 24 stakes placers, 249 ROM earners, 31 Superior race awards and 14 regional champions. 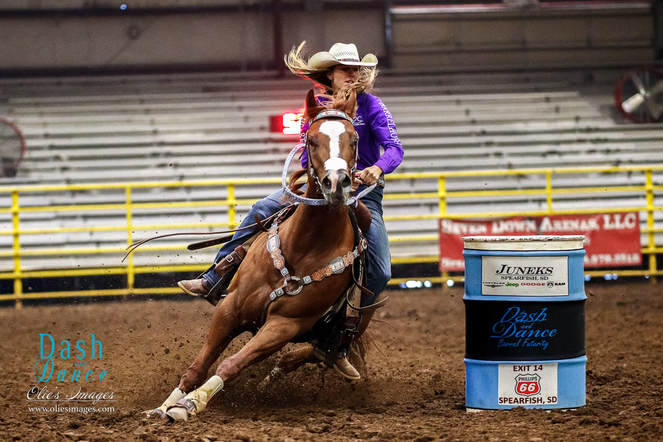 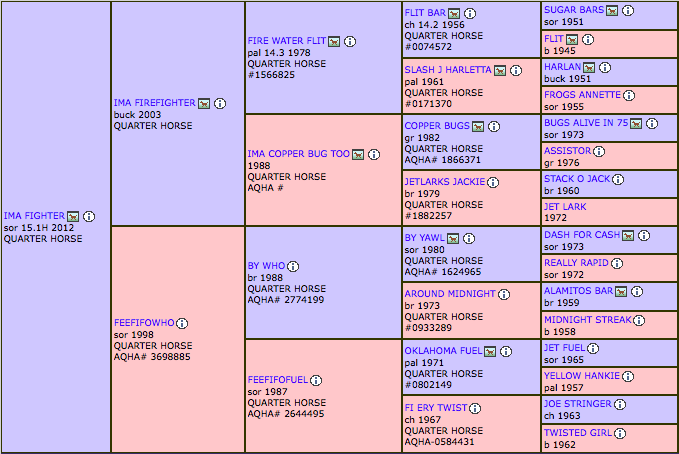 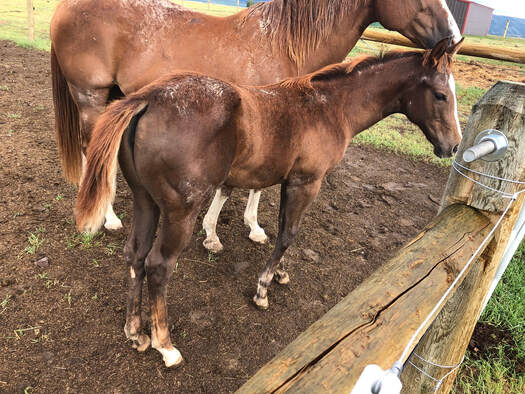 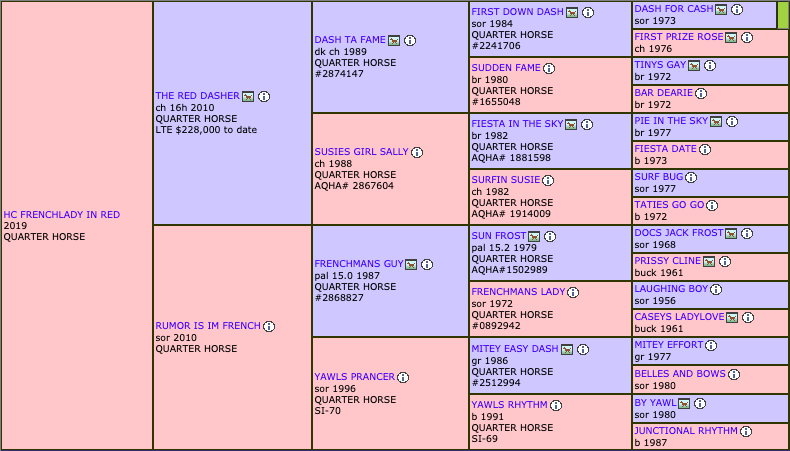 Prince is a flashy sorrel rabicano colt out of a local up and coming stallion.

"Bert" is a beautiful 3yr old gelding with a great mind. He's built right--big boned, short backed, and travels with lots of grace. Every horse on his pedigree is a money earner and proven producer. He is being started on the pattern, it's going to be easy for him. This horse is going to be a WINNER! Get him while he's affordable, which won't be for long! 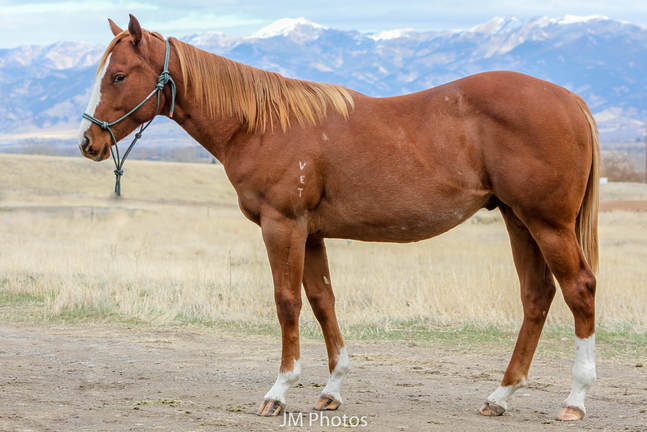 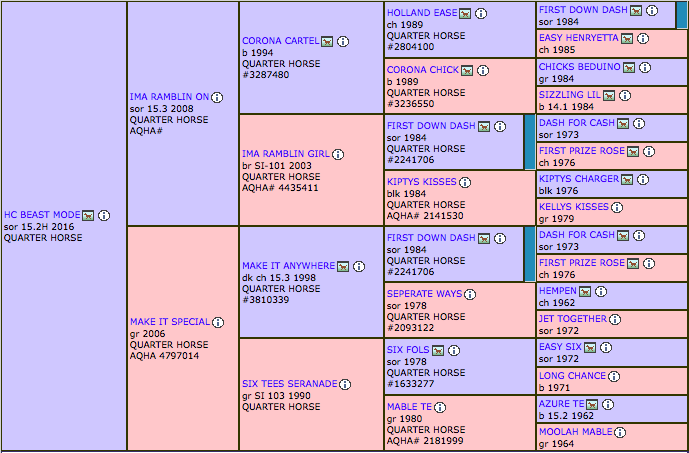 Sleeper is a very nicely built, Pink Buckle and Future Fortunes eligible, gelding. I bought this horse because his build reminded me of my talented barrel horse, Fuel. 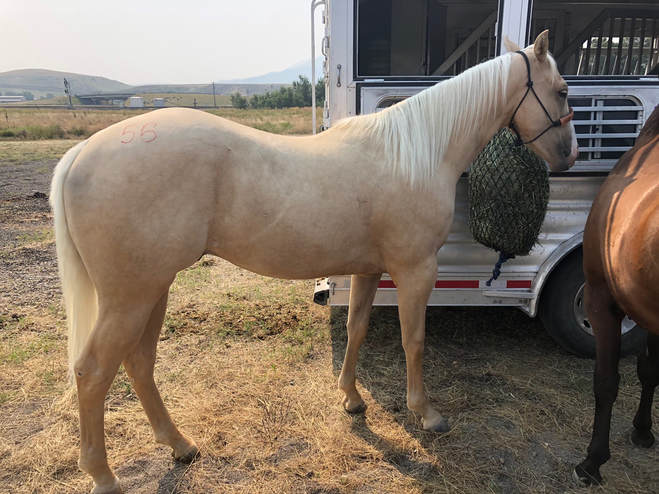 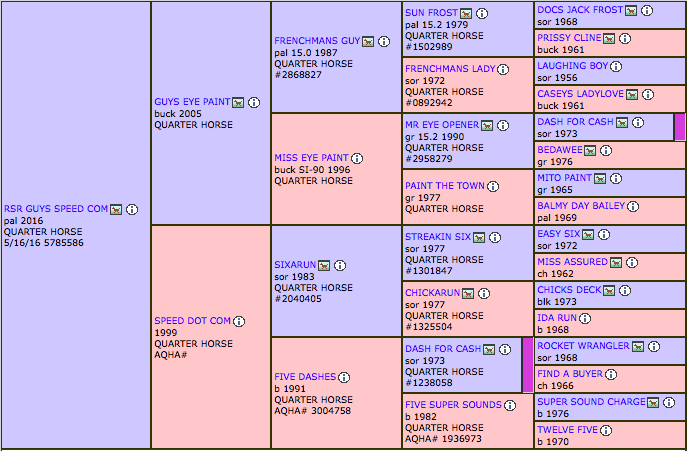