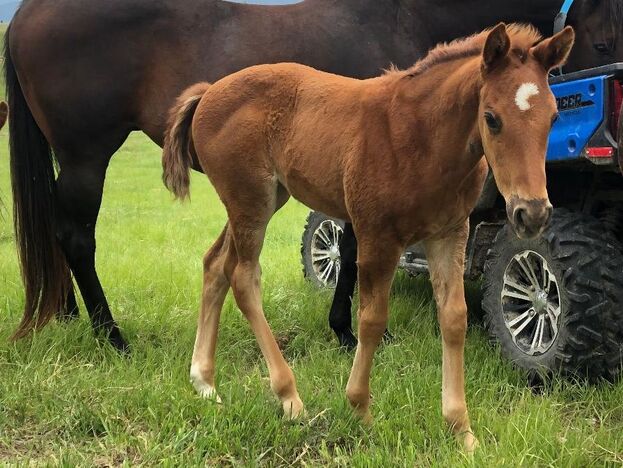 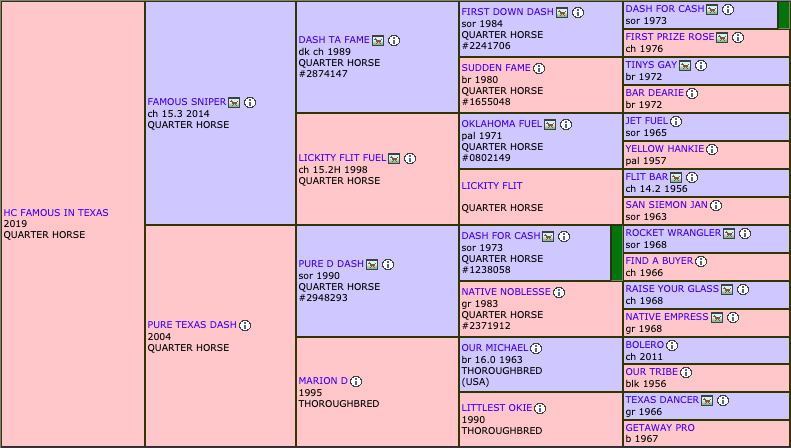 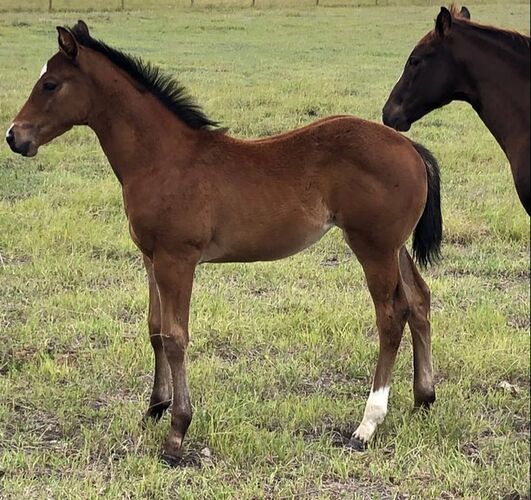 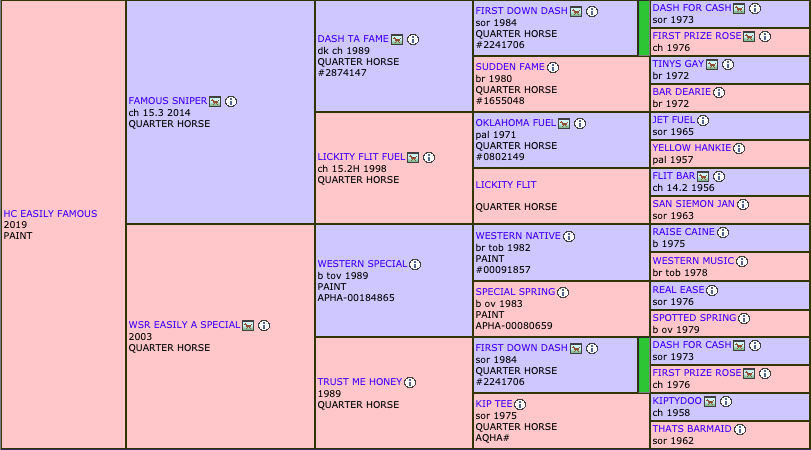 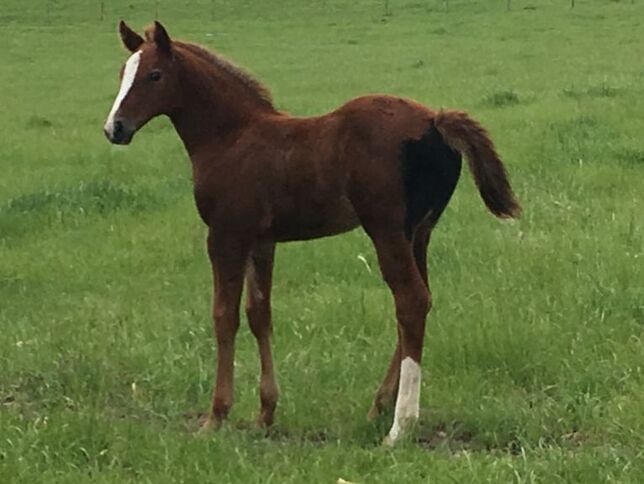 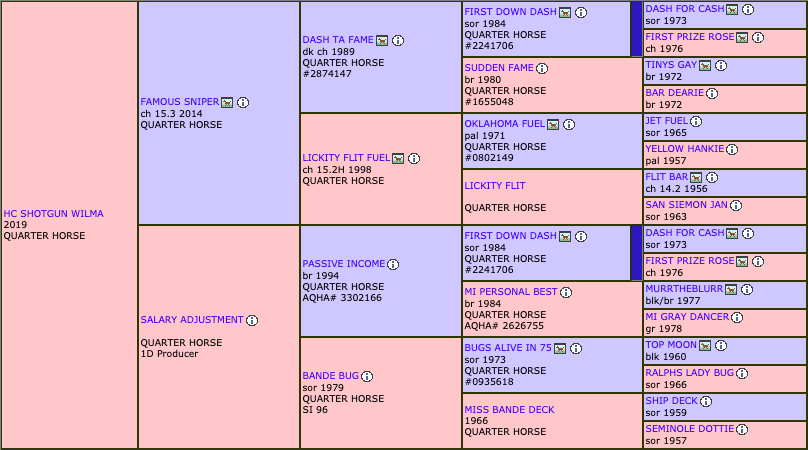 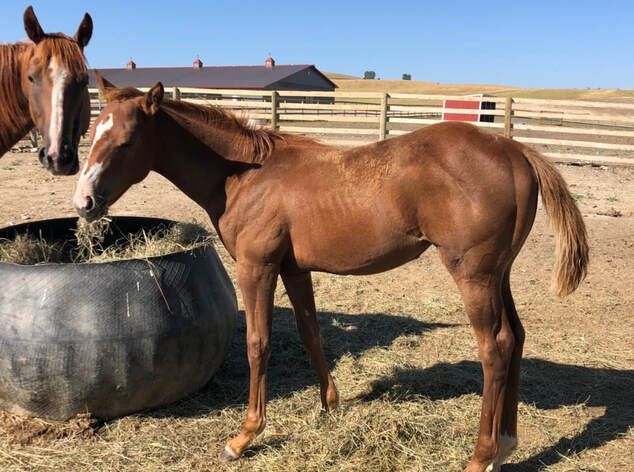 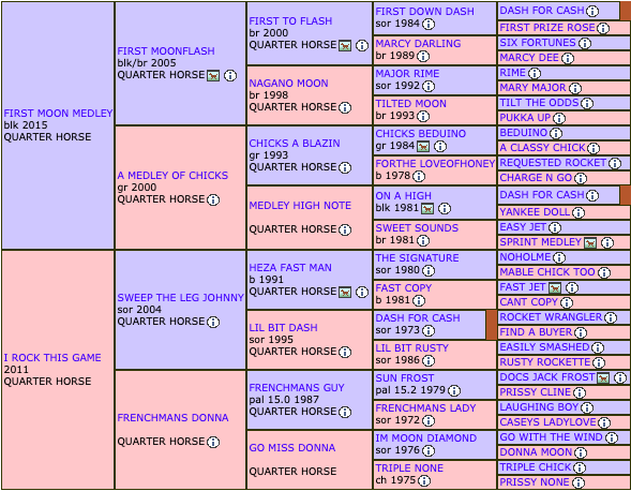 Blush is a super pretty red dun filly that I picked out to add to my program!

Blush's dam, Ambers Highlight, was a really nice ranch and rope horse. She's had nice babies, and her oldest is clocking in the 1D on the stakes in exhibitions. He's only 3 years old. Ambers Highlight is sired by Numero Uno Blue Man, by JCross Blue Moon, who was a nice ranch horse. He was sired by Rowdy Blue Man, who was known as a nice steer jerking horse and ranch horse. He was sired by Blue Valentine, who was ranked #7 Top Ranch Horse Bloodlines by Western Horseman Magazine. Numero Uno Blue Man's dam, Uno Bar Girl, was a granddaughter of Zan Parr Bar, who earned his AQHA Performance ROM, earned his Superior in Steer Roping, and was inducted into the AQHA Hall of Fame. Ambers Highlight's dam, Tee J Golden Amber, was a great-grandaughter of Gold Fingers and Jackie Bee. Gold Fingers earned his AQHA Halter and Performance ROM, was an AQHA Champion, earned his Superior in Steer Roping, and he was an AQHA World Jr Heeling Champion, and sired Supreme Champion Halter earners and Performance Point Earning Champions. Jackie Bee sired 3 World Champions, 4 Reserve World Champions, and sired offspring who have together earned 91 ROMs, 20 superior awards, 16 AQHA championships and 222 AQHA performance points. 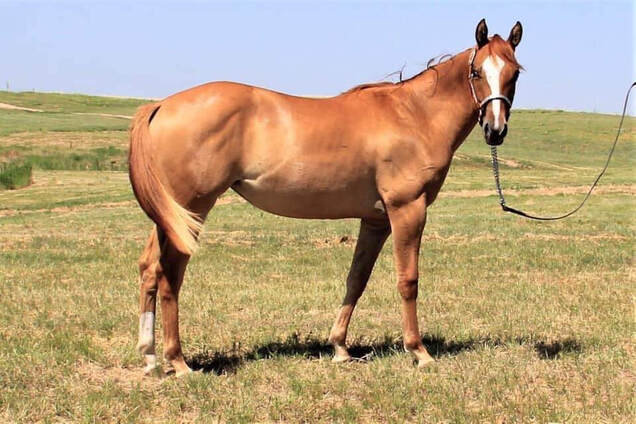 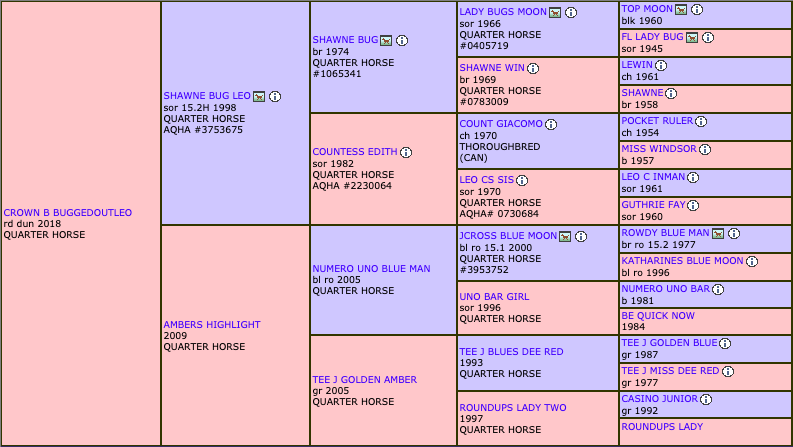 Elena is a beautiful chocolate palomino filly with a friendly and quiet disposition. She's a lot of fun to be around! She's out of my favorite mare of all time that I ran in high school. Elena may be my last foal from Blondie. 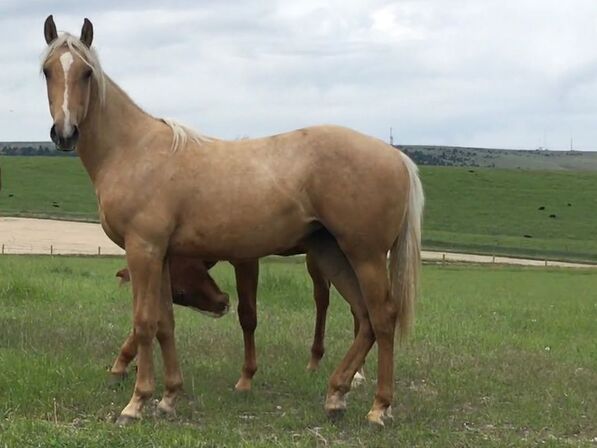 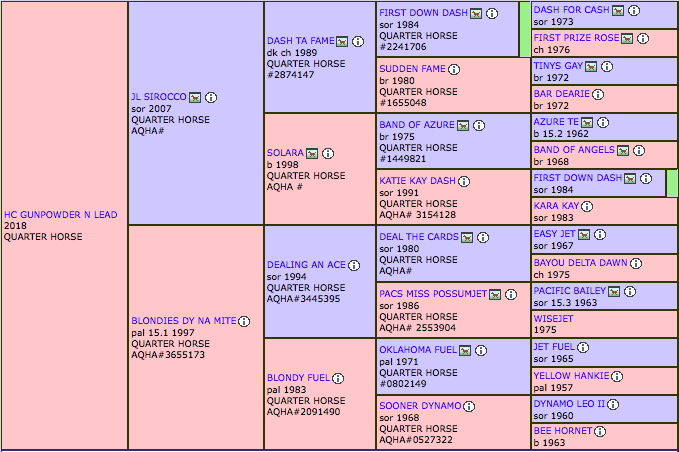 Sapphire is a stunning and friendly brown filly! I put a lot of thought into her sire and dam cross, and I'm quite excited for the results!

Sapphire is sired by CM Nonstop Nitro, a 1D producer who's limited progeny have already won over $40K! CM Nonstop Nitro was sired by Nonstop Bubblin, who had a speed index of 96 and earned his superior in barrel racing. He was the 1995 AQHA Congress Amateur Champion, with lifetime earnings of over $85K in barrel racing. Nonstop Bubbling was sired by Nonstop Jet (SI-95 $5,381, race money earner, Performance ROM, Performance ROM producer, Race ROM producer and producer of barrel racing money-earners), and out of Silver Bubbles (TB, great-granddaughter of Native Dancer ($785,240). CM Nonstop Nitro's dam, Miss Thorn Doc Bar, was sired by Doc O Dynamite (NCHE LTE $1,039, Sire of NFR horses, with offspring earnings of over $738 total, with over $200K in barrel racing progeny earnings and over $100K in roping progeny earnings), and out of Miss Thorn Bar (a great granddaughter to Joe Reed (Inducted into AQHA Hall Of Fame, and produced AQHA Hall Of Fame offspring and ROM earning offspring). 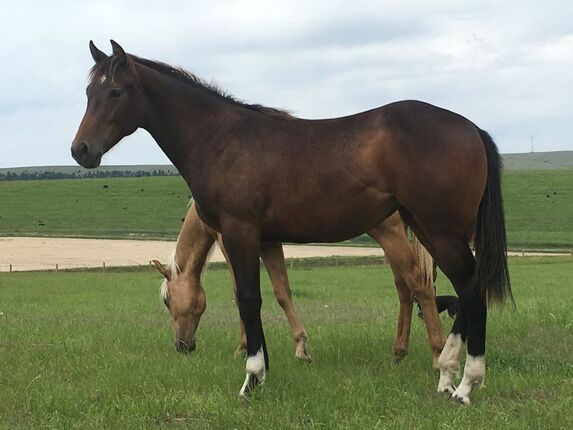 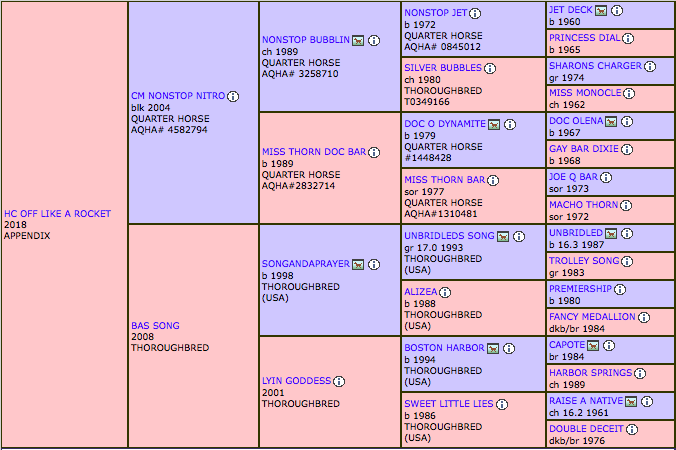 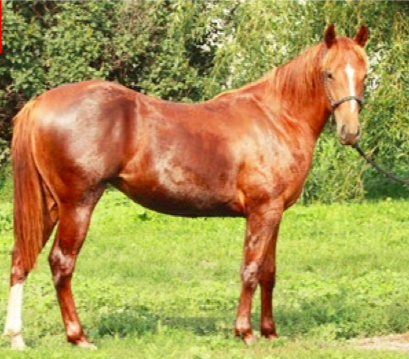 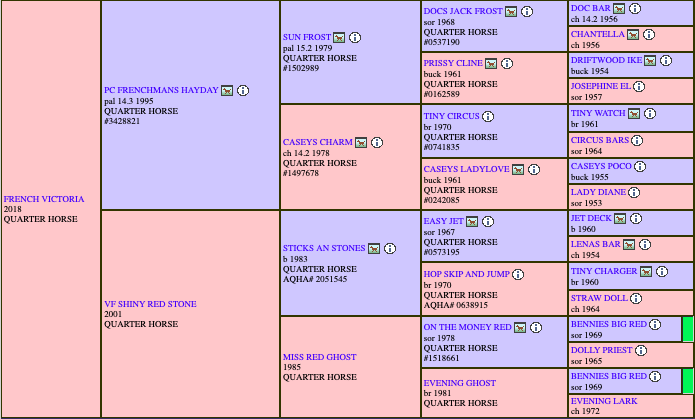 Prince is a flashy sorrel rabicano colt out of a local up and coming stallion. 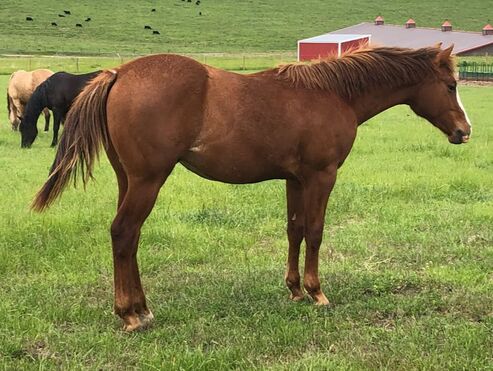 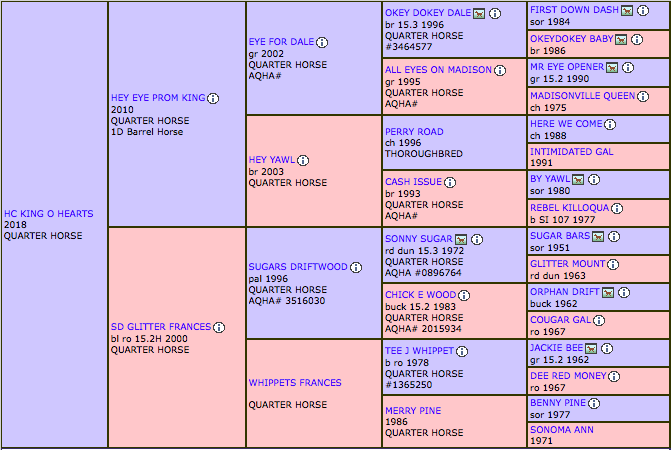